The James A Mackie Memorial Trust

The James A Mackie

Welcome to The James A Mackie Memorial Trust.

The James A Mackie Memorial Trust is a company limited by guarantee. The Trust is named after James A Mackie, a ships engineer from Burghead, lost overboard from the steam drifter fishing boat INS111 Eminent off Skye in 1922. The widow and four sons returned to the Garmouth area after the loss of a husband and father to be near the maternal family. Grandchildren, great and great great grandchildren, daughter-in-laws and other relatives still live in the Garmouth and Burghead areas today.

Over the period since the family moved back to the Garmouth area, they have seen massive changes in the beach at Kingston – upon – Spey (a feature that stretches over 8 miles westwards from Portgordon).  The actions of the sea, wind and tides are believed to have removed in excess of 6 million tonnes of material from the beach, (a shingle, apposition beach, similar to Dungeness in Kent) in the past 30 or so years. That erosion has picked up in velocity in recent years. Similar erosion has also been seen along most of the Moray coast line in recent years

Initial observations and investigations by a family member and the local communities suggest that there is far more environmental damage being done than beaches simply being washing away. Feelings are that the bird, fish and mammal populations off the coast are seriously depleted whilst areas of SSSI are under constant threat. In watching and trying to understand the effect of tides and weather, the family and friends saw that there is considerable coastal erosion along the whole of the Moray Coast. 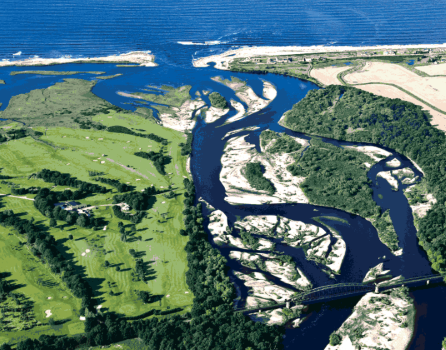 As laymen, the board of directors and communities see that this erosion is having a range of negative impacts on the environmental, social and economic welfare of the Moray coastal and hinterland communities.

To quantify the loss of environment, the extent of coastal erosion and sediment transportation, The James A Mackie Trust was formed to stimulate scientific research, initially in the Spey Bay Area of the Moray Firth, later extending into the greater Moray Firth. First aim will be to study and understand the tidal systems and marine currents within the Spey Bay and adjacent coast line areas. How rivers interact with sea currents will be part of the research. From those studies the impact of weather systems and the transportation of the sediments can be monitored for the first time with more detailed studies looking at possible damage to the sea bed. The consensus is that transported sediments are seriously damaging the environment offshore causing the demise of many marine species, including Salmon and Sea Trout. If the tidal and current directions and flows are better understood, steps can be made to stabilise and protect the coast line and the onshore and offshore environments. An audit of the marine environment will be part of the project.

The directors and their supporters believe that the results of scientific studies as described above can identify the cause and nature of coastal erosion. They believe evidence gathered in the Moray Firth can be used to understand and protect beaches and areas with similar problems in the UK and overseas. It is the directors intention to collaborate with commercial marine operators, scientific and educational institutions/authorities to devise and implement monitoring trials and studies.

Your support would be welcome.